Wakeful (2018) A new artists’ moving image work on war trauma, nonviolence and listening to the past.

Wakeful: If I Sleep I May Be Caught.  New work by Anne Robinson at APT Gallery:

‘If I Sleep, I May be Caught’: the motto of HMS Wakeful a WW1 destroyer, built on ‘Red’ Clydeside in 1917 on which the artist’s father was ship’s cook. Drawing on a fragmented childhood memory and ’hidden history’ from a century ago, Wakeful is a new artists’ moving image work about listening to the past, considering the ‘peace’ one hundred years on. International collaborators have constructed a percussive soundtrack for the film.

HMS Wakeful was sent off within days after of the November 1918 Armistice on what was later called the ‘Baltic Cruise’ through mine-infested waters, from Rosyth to the Gulf of Finland and Estonia: an illegal war on Bolshevism and a government that feared international solidarity of workers. Today, the arms trade brings in cash and scatters human debris and the seas are still the site of conflict as the displaced pass through contested waters. Wakeful experiments with film technologies to record the passing of time as performers re-inhabit the past, the landscapes of war give up their dead and soundscapes of the past seep into the present.

The artist has followed a single memory fragment of her father speaking about ‘Russian sailors in the ice’ travelling to Estonia and Russia and transcribing sailors’ diaries: accounts of a concert on board on Christmas day in Tallin harbour, and the capture of ‘admiral’ Raskolnikov, a leading Bolshevik. While Wakeful was away, Britain was as close to revolution as it has ever been, with troops deployed against protestors in Glasgow and Liverpool.

At APT Gallery and on board art space LV21 this autumn and coinciding with the centenary of the core events of this narrative, the piece will be shown as a video installation in the gallery for two weeks accompanied by historical research material from the project,  During the show, there will be a gig with live score by German percussionist Limpe Fuchs and a panel discussion on artists’ responses to war legacies, intergenerational memory and nonviolence.

Gallery discussion on artists’ responses to the legacies of war:  Saturday 17th November, from 3pm to 6pm at APT

Screening and events on board Lightship art space: LV21, Gravesend on the evening of Friday 7th/daytime Saturday 8th December: more info at: LV21 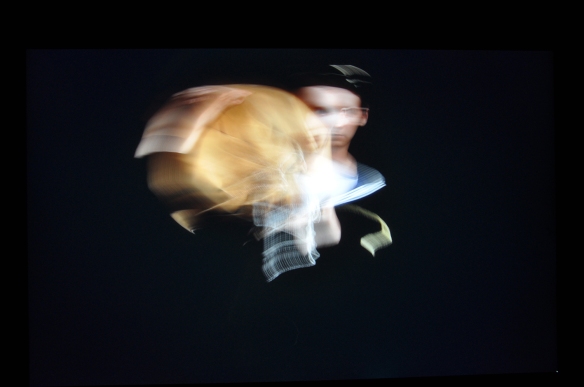 The artist gratefully acknowledges the following amazing individuals and organisations who have supported this project and made it possible:

The screenings of Wakeful include an event on ‘armistice’ day, 2018 , the centenary of the ’emd of war’  with live score at Cafe Oto by percussionist Limpe Fuchs.

As I wrote the last sections of voice over for the film,  the UK decided to send hundreds of troops back in to the ‘stalemate’ of Afghanistan to ‘match’ the 4000 sent by America. There are wars in Iraq, Palestine, Syria. Myanmar, Darfur, Yemen, Ukraine, Kashmir and some fifty other countries with more than 11,000 estimated deaths through conflict within the past year.

According to the campaign against the arms trade: this ‘..trade is dominated by the five permanent members of the UN Security Council: China, France, Russia, UK and the US, along with Germany and, increasingly, Israel. The permanent members alone account for around three quarters of exported arms.’

My current film project in progress Wakeful  is emerging from ‘research and development’ and filming is due to start in the UK and Estonia later this year and be completed by 2018.

I have worked with  with vocal performers across borders, exploring songs, memory and the effects of cold and trauma on the voice: combining singing with ship soundscapes in the icy mid-winter Baltic and the percussive noise of industrial shipbuilding.  This experimental work aims to commemorate peace 100 years on and facilitate participation in discussions about the issues that still resonate today: the impossibility of borders in the sea, war,loss, trauma, songs, inter-generational memory and pacifism.

Wakeful draws on a hidden history from 1918-19 – the ‘undeclared’ war on the new government in Soviet Russia. It also focuses on intergenerational memory, vocal resonance, songs and the experiences of individual sailors caught up in history.  Wakeful (motto: ‘If I Sleep, I May be Caught’ ) was a ‘W class’ destroyer on which my father was leading cook. Built at Clydebank in 1917, during ‘Red Clydeside’ it was part of the ‘Baltic Cruise’ of 1918-19: a small squadron sent off from Rosyth immediately following the Armistice to engage with the ‘Red Navy’ in the Gulf of Finland. I am especially interested in the soundscape of the ship – in the Baltic in the icy, cold mid-winter – and also the percussive nature of industrial  shipbuilding and the effects of cold and emotions on the human voice. There is an account from journals in the IWM of a concert on Xmas Day 1918 with contributions from crew – including music hall songs – taking place just before the capture of a soviet ship and leading Bolshevik Raskolnikov. Although my father, in common with so many others of his generation, spoke very little about his war experiences and the memory of the Russian sailors in icy seas was an isolated one, he did sing and some of my strongest memories are of him singing songs that belong to that particular period.

You can support this new work by donating to the Crowdfunder: rewards available and all contributions much appreciated.

I am facilitating a workshop about remembered songs and presenting the draft of a new audio work: ‘Through the Air With the Greatest of Ease: an exploration of phonogenie’ at Fluid Sounds at the University of Copenhagen in Amager, part of psi ‘Fluid States’. The completed work will later be published as an audio paper along with other work from the event – some great sound artists involved! More here

Currently teaching Contextual Studies at UAL/Camberwell. See further details on academic work here and at Academia and the Research Catalogue. 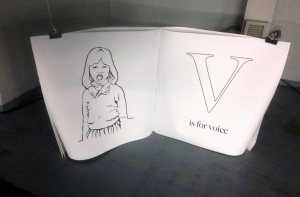 New work by Anne Robinson in The Hollow, curated by Sarah Sparkes at We Could Not Agree:

New work, What was So Was So gives voice to childhood obsessions with songs, words and colouring in.. going over the edges as a remembered song travels down through time with some queasily disturbing distortions.. 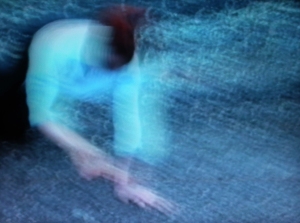 Thrashing in the Static

Thrashing in the Static  is an exploration of time travel in film. Further details here. This work features movements devised and performed by artist Rachel Gomme. 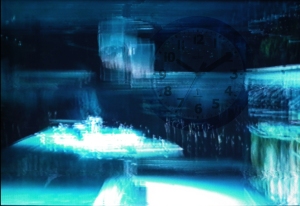 Over Time  in September: find out more here