Selected films, installations and other projects prior to 2009 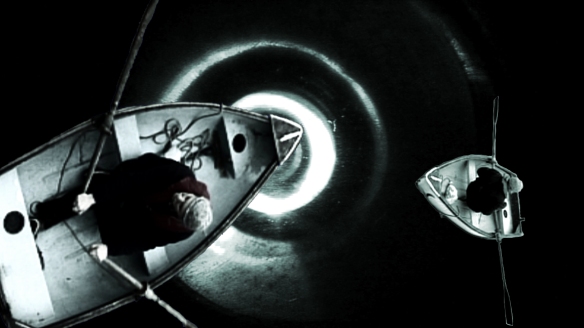 In this work, originally made as a site specific piece for the five screens of the Planetarium at Liverpool’s World Museum,  work a solitary rower ‘orbits’ the centre screen progresses across the star-filled universe, momentarily lost, navigating film frames, telescopic visions. A series of thought provoking experiences and meditations use intense and heightened visuality to enchant, baffle and engage audiences with the shocking reverberations of Galileo’s invention 400 years ago and its revolutionary after effects.

This work has been made using single frames and fragments from the British way movie The Cruel Sea’ – the paintings are intended to be seen in series, and have been made from painting repeatedly from the same frame.

In An Occulting Light, experiments with refilming and slowing down reveal something about how we see, for example in the sequence where the sailors head turns in the water and becomes transformed: a haptic effect as we grasp matter and emotion through the effects of light. The sound in An Occulting Light consists of ‘remembered songs’ in parallel to the idea of ‘remembered films’. Re-filming can also have an uncanny effect – like looking through other eyes, and this  touches on psychoanalytic discourses about seeing, looking, remembering, dreaming. This work, of course is ‘about’ memory which is evanescent, liquid, fleeting, and  projected.

2007: experimental shorts made during PhD research on temporality :

Interior/exterior, frame by frame descent into memory with ‘remembered film’ fragments and watery resonance. Hold  is a digital video installation which places still and moving images side by side, and uses refilmed tv stills, sampled sequences  from film, and original footage which I have filmed as a kind of notebook, exploring personal journeys into displaced remembrance: through remembered films, and sites of family memory. 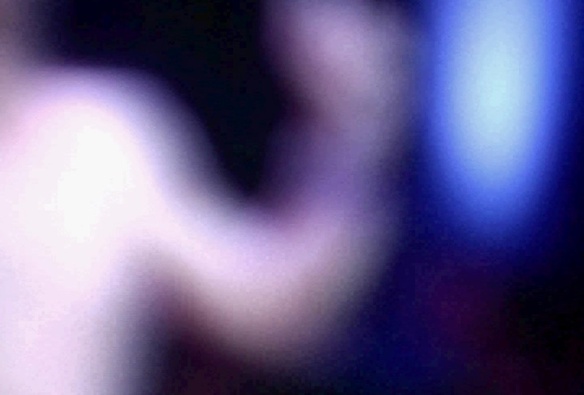 Lush, hypnotic, painterly refilming: with bad girls wandering in the mix! Soundtrack made in collaboration with composer Donald Bousted 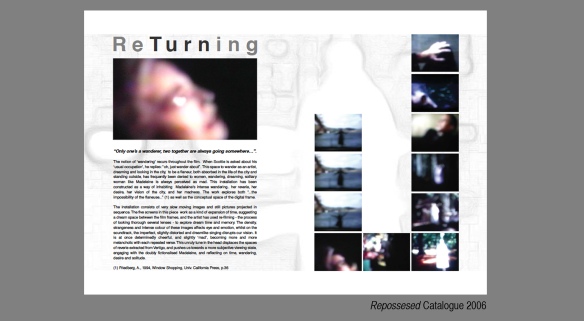 Shown at Leeds Met Gallery and Brentford Watermans Arts Centre as part of the show Repossessed,  a digital deconstruction of Alfred Hitchcock’s Vertigo, picking up ideas about city wandering: Madeleine as a flaneuse, from earlier piece Only One’s a Wanderer, Two Together Are Always Going Somewhere (1992)

Upturned in the harbour and falling down into the watery rhythms 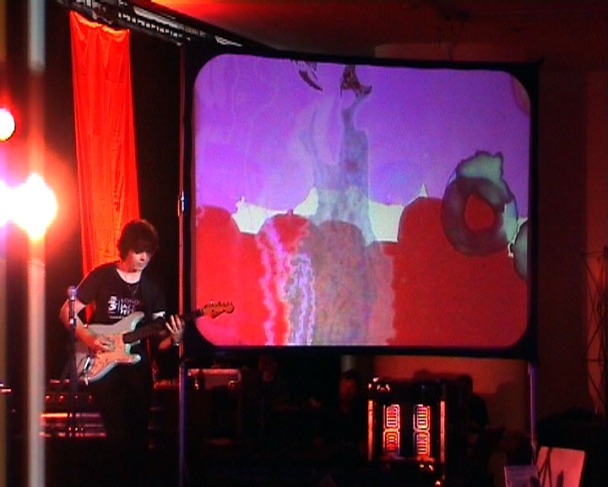 From artlessly stuffed kittens to colonial misadventure, Britannia waived the rules: commission for the Victorians exhibition at the V&A.

Lost in the fuzzy logic of gender ambiguity and a close shave!

Only One’s a Wanderer, Two Together Are Always Going Somewhere (1992), tape-slide and installation

Suits, cityboys and no neck monsters on safari..

Grey stone and the minister’s voice.. everything changes and everything stays the same: an exploration of memory and desire

What would you do in the last 4 minutes? Time stretched through intensive, experimental editing.

Queer adventures through Hackney on foot..

Meditations on love, work, money and fear, moving in and out of consciousness in saturated colour

On war memorials and the need to tell stories of conflict. Filmed in London and at Greenham Common.

..or what do lesbians do in bed?  Co-directed with Caroline Sheldon

Book about SRWW forthcoming in 2016 from Four Corners Books.