Wakeful  is screening  Whitechapel Gallery on the evening of Thursday January 23rd 2020 at 7.00pm along with two works by wonderful filmmaker Mairéad McLean: A Line Was Drawn (2019, 14min), exploring how our world is structured through the creation of borders and boundaries limiting movement, thinking, questioning and agency; and No More (2013, 16 mins) considering the introduction of internment without trial in Northern Ireland in 1971, which won the inaugural MAC International Art Prizeand Anne will be in conversation with poet and critic Cherry Smyth.

lease note this is a ticketed event – booking details on link above. This screening is part of f Not Just Me but You Too: Cinemas of Sisterhood, April 2019 – April 2020, a year-long season of films, entirely by women and gender non-binary filmmakers.

Wakeful  also has a screening event at CCA Glasgow on the evening of Friday 7th February.

This event is free, but booking advised.

This new film work is now completed! and screening from October 2018. See  Projects pages for updates 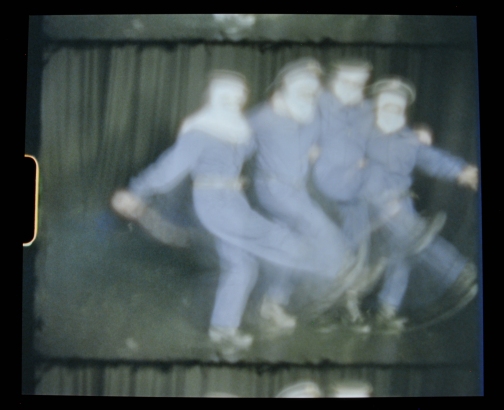 A great trip to St Petersburg in December and all the filming is complete! Post production continues apace. Massive thanks to all artist collaborators and  more news here soon..

On Saturday January 20th, I am showing Corridors (1986) and work with Wildtrax and Poison Girls  at an exciting event in Bristol with BEEF ‘Women in Punk and No Wave’ .. in fabulous company with filmmakers like Vivienne Dick, in conversation with Dr Rachel Garfield of Reading University.. more HERE

We reached Gravesend in October with an excellent weekend of art and walking – and the next events will be in April with a festival of Night Walking.. more news to follow and more details here!  I have an artists’; commission for the project supported by ACE London which will help complete Darks  a longterm piece about night-walking and sexuality drawn form the spiral and other London wanderings.

‘WE LABOUR, WE LABOUR [TO PROTECT OURSELVES FROM THE HORRIBLE SOUNDS OF OUR HORRIBLE CULTURE, WE SHOULD RETURN THESE STONES TO THE EARTH]’

You can support the CROWDFUNDER for ‘Wakeful’ HERE – all contributions very much appreciated to help this project get to the next stage of production. 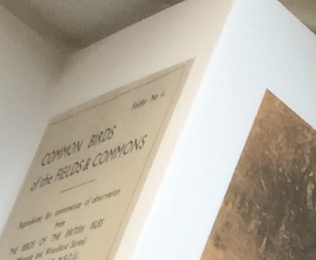 Very pleased to be showing new work in ‘Common and Garden’ at CGP London: private view on Sunday 13th August.

Led a very exciting workshop on ‘Time’ with the wonderful Breathing Space collective at St Augustine’s Tower in Hackney! Look our for their interventions at the tower on April 29th..

Speaking of Practice is a new publication from UAL on practice-led research and will include my 2016 piece: ‘Knowing Looks: The Dirty PhD’.

Journal of Contemporary Painting . Delighted to have my article: ‘The Viscosity of Duration: Painterly surface and the phenomenology of time in the London paintings of Frank Auerbach’ accepted for the ‘Painting and Time’ themed issue,JCP4.1. 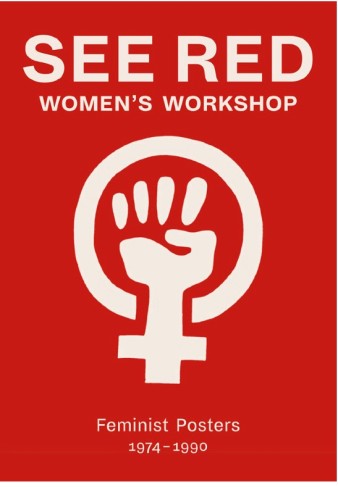 The See Red Book: A full colour book of our posters, See Red Women’s Workshop: Feminist Posters 1974-1990, is now available in many independent bookshops. Sheila Rowbotham wrote a wonderful forward for us, it is brilliantly designed by Claire Mason and four See Red members: Jess Baines, Suzy Mackie, Pru Stevenson and Anne Robinson collaborated on writing the group’s history. It features all of our original posters, alongside others commissioned for radical groups and campaigns. It is published by Four Corners and selling at £19.99  Gallery of posters at:https://seeredwomensworkshop.wordpress.com

Very pleased to be a contributor to the Inspiral London Festival:

Giving a talk about Over Time  for ‘Deep Topographies’ at Swedenborg House on September 22nd and involved in the ongoing Inspiral London artists’ walking project, due to finish in Gravesend in 2017. More details here.

Pleased to announce that my film Thrashing in the Static is showing along with the painting series Skinny White Sailor in phase two of ‘Ghost on the Wire’ at Singapore’s exciting and innovative art and film space: Objectifs in August. More news to follow

‘Supernormal Super Sensory Summer School make a typically awe-inspiring return in what can only be described as a ‘Wood Henge’ structure, with everything from ‘post-human’ discourses to Kibbo Kift inspired ceremonial design and craft on offer to get involved in. Join SSSSSS on the field at ‘Woodhenge’ for further Super Sensory workshops, talks and seminars including: thinking beyond the ‘human’, Spirit names and guides, ‘posthuman’ dis-courses, Playing with masks, exploring song & collective consciousness, Kibbo kift inspired design and making, mimicking the ‘natural’, ‘Prehistoric’ mind/thinking and SciFi adven-turers inspiring new worlds. SSSSSS artists will be joined by special guests AAS, Annebella Pollen, and more..’

And in London, before the festival.. the Supernormal Supersensory Summer School Sing-Out..

coming in June, with SSSSS, Charlie Fox and BAG – more details to follow at:

I am very pleased that my audio work Through the Air With the Greatest of Ease: Phonogenie,  inspired by Jean Epstein and involving participants in last year’s ‘phonogenie’ workshops at University of Copenhagen and with the Hackney Secular Singers, will be published soon in online journal:Seismograf/DMT.

Video work Is It You? is due to be shown later in the spring at as part of Cerebellum in March and April in Hastings and at Apiary Studios, London.

Congratulations to artist Sarah Sparkes! winner of the ‘Meru Art-Science Award for her film Time You Need. Very pleased to have worked on this as editor and on post-production effects! Showing at: GAMeC  (Gallery d’Arte Moderna e Contemporanea) as part of the 13th Bergamo Science Festival.

I am very pleased to be taking part in this year’s ‘At Boiling Point’ festival and showing a new work in progress which draws on my time recording ‘remembered songs’ in Denmark and Hackney.. Air Time  explores our consciousness of tunes and words and the elasticity of song-time 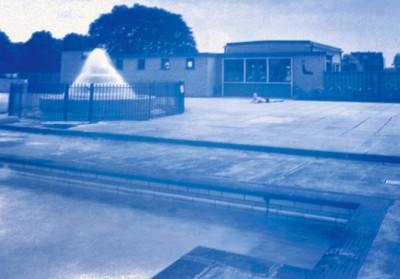 I am facilitating a workshop about remembered songs and presenting the draft of a new audio work: ‘Through the Air With the Greatest of Ease: an exploration of phonogenie’ at Fluid Sounds at the University of Copenhagen in Amager, part of psi ‘Fluid States’. The completed work will later be published as an audio paper along with other work from the event – some great sound artists involved! More here

I am very pleased indeed to be curating at Supernormal Festival at Braziers Park again this August. I am working with: Lady Lucy, Exploding Cinema, AAS, The Supersensory Summer school and more! Click here for more festival details.

Looking forward to getting involved with Counterproductions as we spiral our way from Kings Cross to Kent. Orgainised by Charlie Fox and more details here..

The Fall of the Rebel Angels

I am very happy that Inside Out Blues is showing in ‘The Fall of the Rebel Angels’ in Venice, until 24th June, 2015. 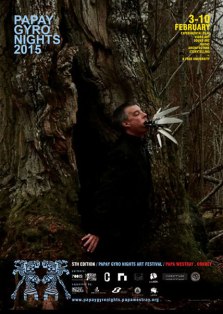 Thrashing in the Static is showing as part of the ‘oceanic’ Papay Guro Festival in Orkney and Hong Kong. More info here

The final event in this exciting art project curated by Anne Robinson took place on Sunday 26th October at Royal Museums Greenwich: The National Maritime Museum and Queen’s House. Over Time began earlier this year with eleven contemporary artists stranded on the Thames foreshore at Greenwich with no way to tell the time. On the 26th, all of the artists were involved in a day of talks, performance, films, performative lectures and more.

There is a video with documentation form the project HERE

This fantastic day of art and performance followed on from a successful exhibition at The Stephen Lawrence Gallery Archive at Greenwich University, Old Royal Naval College, September 18th to October 16th, the weekend of events on the Thames foreshore itself, 13th and 14th September, local art workshops, screenings and discussions and all of the research undertaken by the artists since initial discussions with The Facility research group earlier this year.

For full details about the project see:   overtimeart.org

We Could Not Agree

New work, What was So Was So gives voice to childhood obsessions with songs, words and colouring in.. going over the edges as a remembered song travels down through time with some queasily disturbing distortions..

Video and paintings in an exhibition curated by Birgitta Hosea and featuring works by:

Number3 Creekside as part of Deptford X 2014 in September

The Old Truckers Lounge, Folkestone Harbour as part of the Folkestone Triennial Fringe in August.

Ghost on the Wire 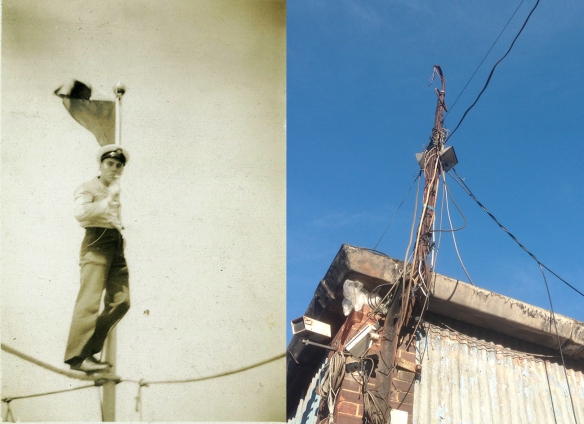 Anne will be showing a new film work Thrashing in the Static (2014) and paintings from the series Skinny White Sailor.

How far is too far? How can we look over the edge, feel our way beyond the horizon? Time travel is probably impossible… we navigate the space-time continuum moving forwards… backwards would entail warp speed propulsion, beyond the speed of light. But not all encounters are rational… our perceptual experience of living in time is strange… allowing us to remember, to imagine… to be in our haunted flesh and bones. We look by looking backwards, as time travels through us, propelling us into the future. As physical and metaphysical phenomenon, seeing is strange, uncanny, magical…

Alf, my half-brother, a young sailor, was ‘lost at sea’ and remains stranded in 1942. Can the technical operations of a ‘sorcerer’s cinema’ and the uncanny nature of painting and erasure derange our senses and create magical, relations to space-time, allowing us to traverse time-zones and cross the bounds of one temporally imprisoned human life?

Responding to telegraphic communication, and disorienteering, Thrashing in the Static (2014) and Skinny White Sailor (2006-14) explore psychic time travel, crossing from the Thames foreshore in 21st century London to 1942 and a tiny island in the South China Sea, long away and far ago…

Anne will be presenting a paper, Enlarger Than Life: Song-Films and Irrational Gestures at the  20th Performance Study International Conference at the Shanghai Theatre Academy in China.

Presenting: Long Away and Far Ago: Crossing the Borders at the Haunted Landscapes symposium at Falmouth University.

Presenting: Is It You? Time travel and Physical Thinking at: GHost Hostings 13 at Univeristy of the Arts, CSM, curated by Sarah Sparkes.

This paper focuses on the two-screen performative video work, Is It You? a ‘ghost dance’ with polyrhythmic patterns made in response to the spectral traces of physically ‘remembered’ songs (including Toots and the Maytalls’ Pressure Drop). Is It You? engages with the ‘frame’ as temporal marker, using slow shutter-speeds and high speed filming to capture the ‘same’ moments in time using different time bases. This is an unsettling experience of time deconstructed through cinematic devices which catches the spectator in a circuit of afterimages and pushes them into a strange, dissonant perceptual dimension, parallel to the temporal alterations in shamanic drumming. The experience of sound in the work is also immersive, pushing language to the threshold of recognisable auditory form. The talk draws on a body of practice-led research into temporality and philosophical perspectives from Merleau-Ponty, Deleuze and Gidal. Extracts from Is It You? (2012), Que Sera (2010) and Inside Out Blues (2013).

Site specific song-film work The Result of This Deception  showing in the Lumen  exhibition at Winter Shuffle in the old St Clements Hospital, Mile End, London.